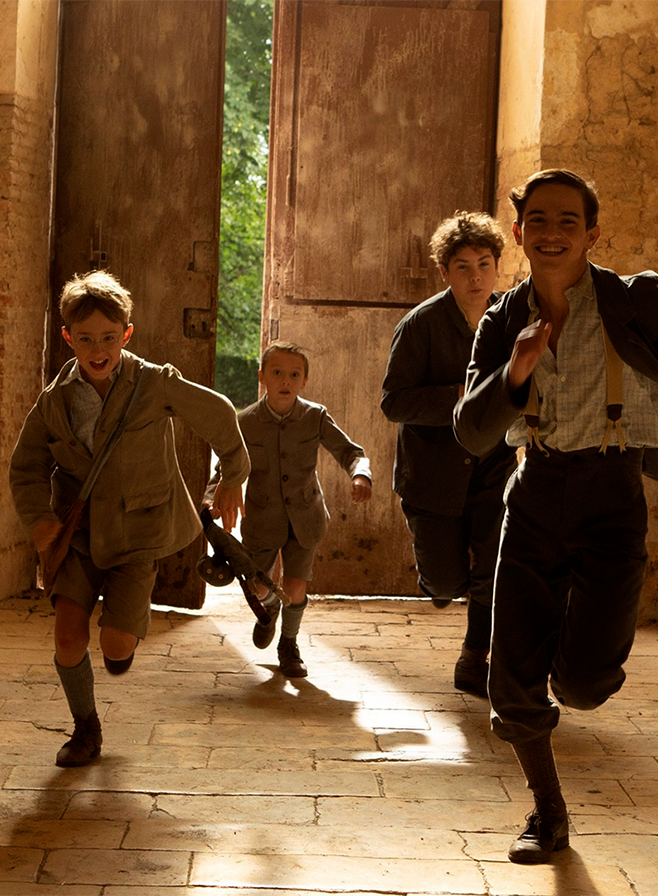 August 1914. While the German army is gaining ground in the North of France, four boys aged 10 to 15, LUcien, LUcas, LUigi and LUdwig are left behind during the evacuation of their orphanage.

Without the protection of Abbé Turpin (François Damiens) and the schoolteacher Leutellier (Alex Lutz), the Lulus are now stranded on their own behind the enemy front line. Soon joined by LUce, a pretty young girl separated from her parents, they decide to reach the neutral country of Switzerland by all means possible... they embark on an adventure for which nothing and no one has prepared them!

They will discover that the supposed enemies can turn out to be formidable allies, like Hans (Luc Schiltz), the German deserter with a big heart, Louison (Isabelle Carré), the so-called witch of the village, Gaston (Didier Bourdon), the grumpy clog maker or their new friend Moussa (Ahmed Sylla), a young Senegalese rifleman.

Based on
Live action / fiction movie based on the comic books by Régis Hautière and Hardoc, published by Editions Casterman