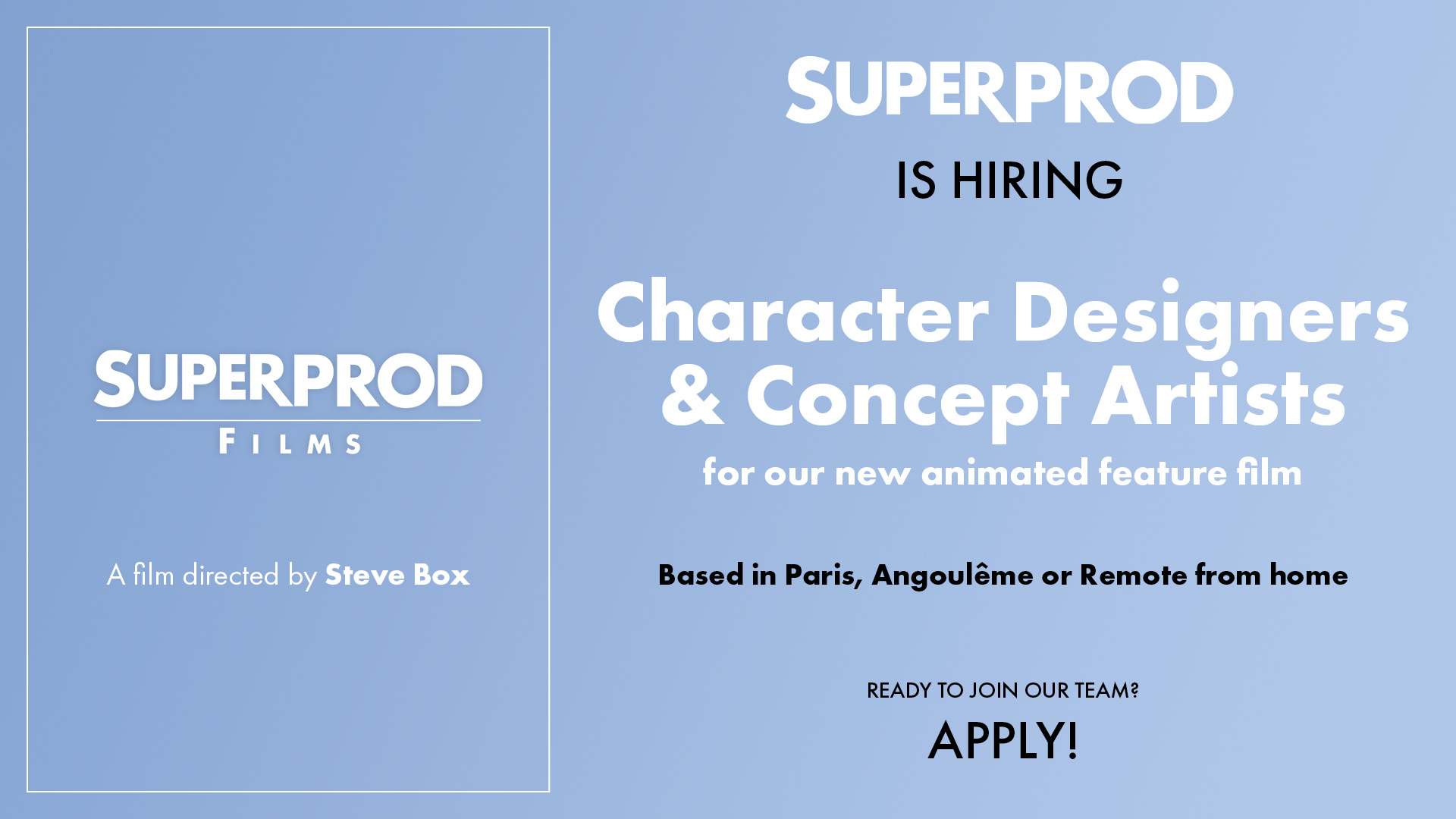 SUPERPROD is looking for Character Designers & Concept Artists for the development of his animated feature film directed by Steve Box.

Under the supervision of the head of creative affairs and the director, the artists create a wide variety of high quality character, environment, atmosphere, colour that define the visual style of the feature film.

They collaborate with the development team to create and deliver highly polished concept art packages of the feature film.

Full-time, based in Paris, Angoulême or Remote from home. From January 2021 for a minimum of 3 months.

– Past experiences working on Series or Feature film productions.